Charleswood, a suburban community located in the southwest corner of the City of Winnipeg, was originally bounded by the Assiniboine River to the north, the R.M. of Macdonald to the south, the former Town of Tuxedo to the east and R.M. of Cartier to the west.

The area was originally part of a vast territory knows as Rupertsland, granted to the Hudson Bay Company (H.B.C.) in 1670.  Early in the 19th century, Charleswood was the location of the “The Passage”, a natural ford at the foot of Berkley Street, where the Assiniboine River was shallow enough to cross. The Passage was frequently used by buffalo hunters travelling to Pembina, and independent traders wanting to bypass the Forks in defiance of the H.B.C.’s monopoly.

In 1869, the H.B.C. ceded the territory to the Dominion of Canada, and the Province of Manitoba was created in 1870. The R.M of Assiniboia was incorporated in 1880, combining the Parishes of Headingley, St. Charles, St. James and part of St. Boniface on both sides of the Assiniboine. In 1899, a highway, (Roblin Blvd) was surveyed along the south side of the Assiniboine River. The Manitoba Government purchased 117 acres in 1903 for an Agricultural College (later Fort Osborne Barracks). A year later, the City of Winnipeg purchased 283 acres for Assiniboine Park. By 1905, the Tuxedo Park Company had acquired 3,000 acres for a residential subdivision that became the Town of Tuxedo.

As roads improved and the Assiniboine River became more of a barrier, the Rural Municipality of Charleswood was incorporated in 1913.  The name “Charleswood” has two probable sources of origin. One is that it was named for Charles Kelly who served on the first municipal council. The other is that it is a combination of the Parish name “St. Charles” and the dense woodland that filled the area.

1914: After 1914, the council met in Charleswood School, the present site of Beauchemin Park Place. The red brick school was built to replace a one room log school house.

1922: In 1922, the first church in the area, St Mary’s Anglican opened, as well as the Odd Fellows Home on Roblin Blvd and Manitoba School for the Deaf in Tuxedo.

Prior to World War II:  Charleswood was largely rural with residential pockets scattered throughout the municipality along gravel and mud roads. The local economy was principally agricultural with dairy and poultry farms, market gardens and mink ranchers. During the Great Depression, the “Back to the Land Settlement Act” brought an influx of settlers to the area.

1972: In 1972, after 60 years as a separate municipality, Charleswood was amalgamated with the City of Winnipeg. With the secession of Headingley in 1992, the former municipalities on the north and south sides of the Assiniboine River were reunited after 80 years as the Assiniboia Community. In 1995, they were physically linked with the opening of the Charleswood Bridge. 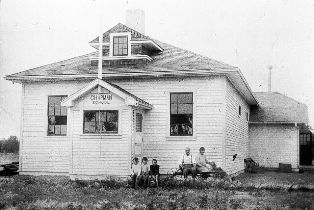 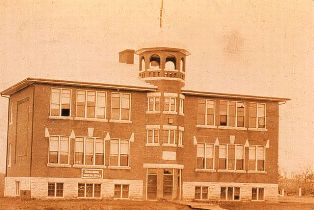 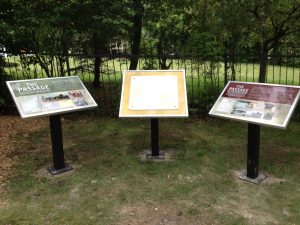 Made with ❤ by The Orange Group